Christian education is on the rise in America. A recent study showed that the number of Christian schools has increased by 20 percent since 2000. Ohio is no exception to this trend. There are now several Christian schools in Ohio, providing parents with an alternative to public education.

Ohio is home to some of the best colleges and universities in the country. From small liberal arts schools to nationally ranked research universities. These schools ‌provide students with a strong academic foundation along with spiritual development. These schools offer a variety of programs ranging from preschool to high school.

Are you looking for the best Christian schools in Ohio? If yes, then you are at the right place.

In this article, we will discuss some of the top Christian schools in Ohio. Just stay with me. Meanwhile, look through the table of content for an overview of what to expect in this article.

Are there Christian Schools in Ohio?

There are many Christian schools in Ohio. The most popular type of Christian school in Ohio is the private Catholic school. These schools are typically very rigorous academically, and they also place a strong emphasis on teaching christian values.

There are several reasons why parents choose Christian schools over public schools. Some of them include: The curriculum is focused on teaching values such as honesty, integrity, respect, etc. and students get to interact with other students who share similar beliefs.

Parents who are interested in sending their children to a Christian school should do some research to find the right fit for their family.

You Should Check Out: Best Private High Schools in California 2022

How Much Do Christian Schools in Ohio Cost?

How much does it cost to send your child to a Christian school in Ohio?

The average tuition for a Christian school in Ohio is $4,958 per year. However, there are many schools that charge much more than that. For example, Cincinnati Hills Christian Academy charges over $13,000 per year.

There are also many schools that offer scholarships and financial aid. So, if you’re thinking about sending your child to a Christian school in Ohio, be sure to do your research and find one that fits your budget.

What are the Best Christian Schools in Ohio?

Choosing the right school for your child is a big decision. With so many schools to choose from, it can be hard to know where to start. If you’re looking for a Christian school in Ohio, here are some of the best Christian schools in Ohio:

Capital University is a private, Catholic university that was founded in 1812. The institution is located in the city of Bexley and offers undergraduate and graduate degrees as well as a variety of majors.

Students also have the opportunity to minor in Biblical Studies or Psychology at Capital University.

The university was founded as a Bible school in 1844 by Reverend Joseph Wheeler who had been its first president until his death that same year at age 40.

The school expanded rapidly during its first decade with many students coming from nearby towns such as Port Clinton and East Liverpool where frontier life was harsh.The main source of income for many families living along rivers throughout northern America at this time.

College of Mount Saint Joseph (CMSJ) was founded in 1858 by the Ursuline Sisters who wanted to offer young women a classical education based on their strong faith and values.

The school has been named one of the top colleges by U.S. News & World Report and was ranked as one of America’s Best Colleges for Majors by Forbes Magazine.

The main campus sits on 160 acres (64 ha) at the eastern bank of Lake Erie, just north of downtown Cleveland. The campus features buildings designed by architect Ludwig Mies van der Rohe, among others; its most prominent building is Severance Hall with its distinctive diagonal lines that follow the contour of its roofline.

It has been ranked among America’s top public universities by U.S News & World Report since 2007 and Forbes Magazine from 2011.

Denison University, a private liberal arts college in Granville, Ohio, is one of the best Christian schools in Ohio.

The school’s motto is “A place where ideas are explored and debated” and it prides itself on being one of the most diverse campuses in the country. In fact, Denison has a student body with over 50% students who identify as first-generation college students or those coming from low-income backgrounds—a statistic that no other private liberal arts college can match.

Heidelberg University was founded in 1850, making it one of the oldest universities in Ohio. The university has a student body of around 1,500 students and offers more than 90 degree programs across its seven campuses: Canterbury, Cincinnati/Northern Kentucky; Columbus; Dayton; Lima/Marion County; Marion; Mount Vernon/Columbus and Youngstown-Warren Regional.

The average class size at Heidelberg is 18 students per instructor and there are 12 faculty members teaching each course.

The school’s graduation rate is 87%, which makes it one of the highest-ranked schools on this list when it comes to student success rates.

Hiram College is a private, Christian liberal arts university located in Hiram, Ohio. Founded in 1821 and named after the biblical town of Bethlehem, it’s one of the oldest colleges in the country.

In addition to offering bachelor’s degrees through their main campus location, students will also have access to some graduate programs offered at both locations through distance learning programs like online courses or virtual instruction platforms such as Blended Learning Solutions.

The college has been ranked as one of America’s Best Colleges by U.S News & World Report for several years running.

John Carroll has been ranked by U.S. News & World Report as one of the top public universities in America for a number of years (including 2020).

In addition to its academic reputation and high graduation rate; John Carroll also has some of the best sports teams in Ohio.

Kenyon College is a private liberal arts college in Gambier, Ohio. The school was founded in 1824 and has been ranked among the top colleges in the country by U.S. News & World Report since 2015.

Enrollment at Kenyon College has grown significantly over the years, with 1,460 students enrolled as of late 2020.

The university offers bachelor’s degrees as well as master’s degrees through its School of Theology and Ministry (STM), which also houses two other academic departments: Christian Studies & Theology and Religion & Society (RS&S).

STM offers programs leading to certification for ministry positions within churches or other religious institutions across the nation; it also provides training for those who want to become chaplains for military personnel or law enforcement agencies such as police departments across America.

10. The Ohio State University at Columbus

The Ohio State University at Columbus is a public research university with over 45,000 students.

They offer undergraduate and graduate programs in more than 100 fields of study, including engineering and business. OSU has a strong academic program where students can major in any field of study as long as they meet certain requirements for admission.

OSU also offers some of the most competitive athletics in the country, including football (Ohio State’s passion), basketball (won’t be denied!), volleyball (yup), soccer and lacrosse among others. The school has been ranked 1st or 2nd in all-time championships 17 times since 1900.

How many Christian schools are in Ohio?

For the 2022 school year, there are 124 christian private schools serving 24,174 students in Ohio. You can also find more religiously affiliated schools in Ohio.

How much do private schools cost in Ohio?

Do private schools get state funding in Ohio?

Private schools in Ohio do not receive state funding. However, there are a number of ways that parents can afford to send their children to private school. Some parents may be able to afford to pay for tuition out-of-pocket, while others may be able to receive scholarships or financial aid from their schools.

In addition to their academic programs, they offer students many extracurricular activities such as performing arts groups or sports teams. Ohio’s public colleges and universities are among the most affordable in the country so even those who don’t have much money can attend one without breaking their budget.

How to Get Evo Student Discount in 2022 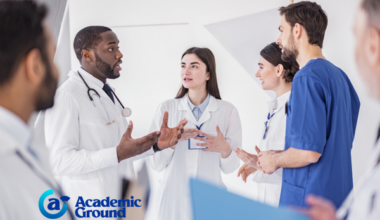 Read More
CColleges in US
Physician assistant schools in Utah are outstanding training schools, typically a drawn-out, demanding procedure. Still, we can assure… 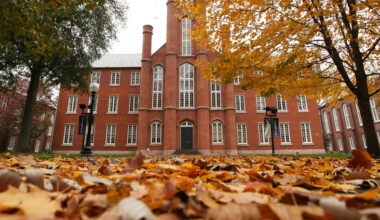 Read More
SSchool Review
Is Franklin and Marshall college the right school for you? Here’s all you need to know about Franklin… 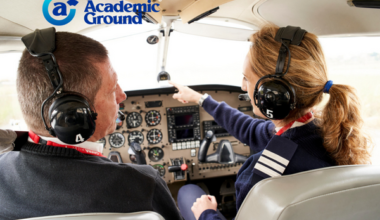 Read More
CColleges in US
How to become a pilot in Colorado; check out our top 10 best flight schools in Colorado with… 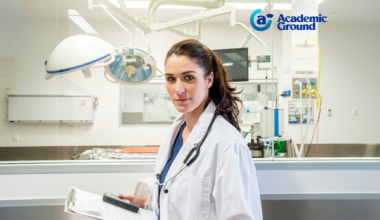 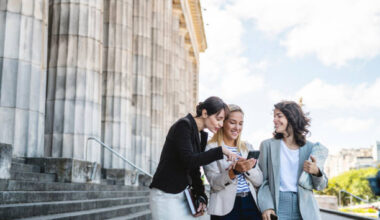 Read More
CColleges in US
Pursuing a career in law isn’t a bad idea if you’ve got what it takes. You must be… 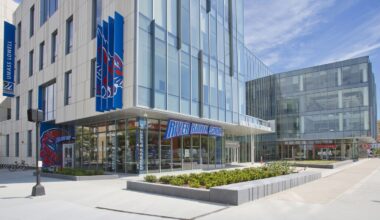 Read More
SSchool Review
Do you wish to apply to UMass Lowell but don’t know the acceptance rate, average GPA and admission…